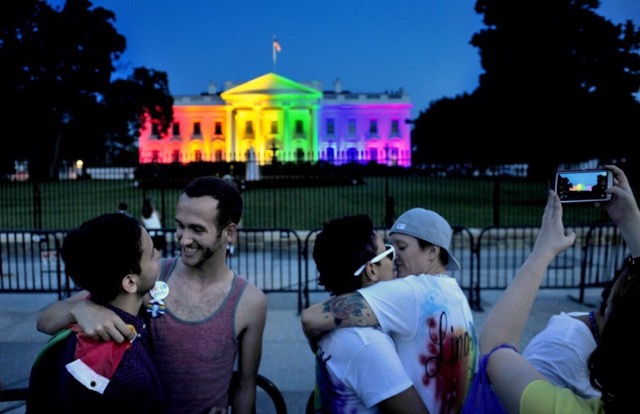 Same-Sex Civil Marriage Is Legal And A Reality In Mexico, Including Cancún, Playa Del Carmen, Tulum, Cozumel And The Area Known As Mayan Riviera

The local Congress in Quintana Roo has reformed the provisions of the Civil Code of the State regarding Marriage and Family Law to include non-discriminatory gender provisions and hence ensure equal rights; however, the implementation thereof remains in the hands of Officers in the Civil Registry or Vital Statistics Office’s in Cancun, Playa del Carmen, Tulum, Cozumel, and the special registers in the hotels along the so-called Mayan Riviera.

Even though since 2011 on Human Rights matters our Constitution was amended, the Supreme Court in Mexico had yet to decide on this concern and it finally happened last Friday June 19 favorably for same-sex marriages, thus creating a binding jurisprudence upon Judges and Courts throughout the country, opening an opportunity to all those same-sex couples who wish to be joined in civil marriage.

This not only is the opportunity to get married but the resolution issued by the highest Court in the country also involves a series of added rights and benefits; rights that come hand in hand with advantages in many sectors given that, as the Court stated in its judicial criterion: “… the Mexican legal system has many economic and non-economic benefits associated to the marriage … whereas tax benefits, solidarity benefits, benefits for death of one spouse, benefits of ownership benefits in the form of subrogate medical decision stand-out;. As well as migratory benefits to foreign spouses…. ”

It well known that for several years now, our Constitution provides very broad equal rights and as well forbids any kind of discrimination; hence, when Supreme Court reiterates its decision on the controversial issue on same-sex marriage, it reveals itself as a modern Court respectful of all citizens and, in this particular, case regardless of the sexual orientation. It should not be a coincidence that on the same matter the Sixth Circuit Chamber of the Supreme Court of the United States of America resolved – days later (June 26, 2015) – that same-sex marriages should be legal throughout the United States; and that the effects of civil marriages performed in States where the laws already acknowledge this right, should as well be recognized in the remaining 14 States that do not, amongst these: Michigan, Kentucky, Ohio and Tennessee.

As of June 19, 2015 the codes and laws of the States throughout Mexico that still contemplate marriage as a union between man and woman must be adapted. This entails a huge task for local legislatures; however, it does not mean that those interested in performing marriages must wait for legislative changes to take place and in his case, may appeal the Judicial Branch of the Federation filing a constitutional protection. As for the State of Quintana Roo, the local Congress has now reformed the provisions of the Civil Code of the State regarding Marriage and Family Law, making it a part thereof, and should any authority deny the right to a same-sex civil marriage, stakeholders have the right to the protection of the Supreme Court of Justice whence from a judgment they may be given authorization for a Civil Marriage.

Civil Code in force for the State of Quintana Roo, Third Book, Second Special Part on Family Law, First Title, on Marriage, Chapter One. On the formal requirements to marry.

Article 680. – The persons who intend to marry shall submit a letter to the Vital Statistics Registrar before whom the respective contract will be performed, stating:

III. – That they voluntarily wish to be joined in marriage.

On the Formal Requirements to be Joined in Marriage

Article 697. – In order to be joined in marriage, the bridegroom are required to be of legal age.

Article 700. –  Impediments to enter into the marriage contract are:

Section abrogated in the Official Journal of the State of December 19, 2014

VIII. – Non-therapeutic use of stimulant drugs, narcotics, psychotropics or other substance that alters behavior and produces dependency;

Section reformed in the Official Journal of the State on July 2, 2013.

XII. – A remain marriage relationship with a person other than the one with whom a marriage is imminent.

Paragraph abrogated in the Official Journal of December 19, 2014

In the case referred to in Section II of Article 682 associated to Section X of this Article, the medical certificate shall be indispensible when, having been informed of a disease, the bridegroom confirm their consent in writing and sign in approval.

Article 705. – At home, the spouses will hold equal authority and considerations, and shall jointly control household affairs providing the means for the education of their offspring in the same and equal degree of activities; they shall also provide and atmosphere of respect and welfare, avoiding any act of domestic violence.

Article 706. – Spouses must live together in the marital home, provided there is no violence; they are required to respect their physical, psycho-emotional, sexual and economic integrity and each will contribute towards the purposes of the marriage.

Article 707. – Upon spouses’ common understanding, they will agree in a responsible and informed manner how many children they will have and the age difference between them.