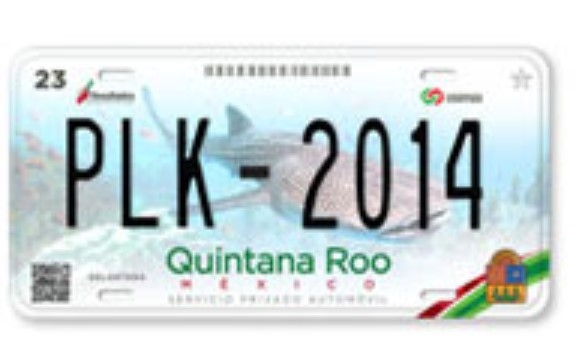 Vehicle Registration and Car Plates Without A Curp

Last year we heard of many foreign nationals who owned a Mexican vehicle for private use while visiting Mexico and were denied to have the vehicle registration in their names or renew it because they did not have a temporary or permanent resident status. Having the registration in the owner’s name is not only a right but an obligation.

The reason given by the Vehicle Department, as most of you know, was that besides showing ownership of the car and an current address in the State of Quintana Roo, a foreigner also needed to present an identification number known as “Cédula Única de Registro de Población” (CURP).

The CURP is unique identification number assigned by the Mexican Government to an individual that contains information such as; date of birth, gender and place of birth and in case of foreigners can only be obtained after the local Immigration Office authorizes resident status, temporary or permanent.

As lawyers with a passion for the law, knowledge that all citizens should be treated equally and our interest in the Community (since this issue was affecting many in Cozumel) we wanted to do something about this and we did when were presented the opportunity by clients who shared the same beliefs and who also like a “good fight”.

We first researched if there was a legal foundation from the authority to deny the registration and found none. We know Foreign Investment Law allows foreigners to acquire property, assets, set up corporations, etc. without the requirement of being a resident and this also applies to vehicles.

In November 19, 2014, we filed a formal request and took the authority by surprise; they did not know how to reply except that they “will consult with the legal department in Chetumal”. After weeks of waiting, the personnel at the Vehicle Department also began to wonder why there was no regulation and had more empathy towards us and all the foreigners to whom they have said no and rejected in the past year.

In January 2015 we won a first and small battle. We helped different clients who owned a Mexican vehicle before 2014, had a registration in their names, but were not allowed to renew it without presenting their CURP. We were able to convince the authority to use a generic CURP number. This CURP is also used by Notaries and Mexican IRS for real estate transactions that require a CURP.

We would like share that on March 20th, we succeeded with our task. It took us four months of being patient, persistent and filing a complaint with the Human Rights Office in Cozumel to obtain a favorable reply and win our long battle. Our clients are the first foreign nationals after many months of negative responses, whom purchased a vehicle at the end of 2014 to recently obtain the registration and license plates in their names without a CURP and/or presenting an immigration card of permanent or temporary status.

We are proud to open the road and set a new precedent to many others in the same situation as our clients.